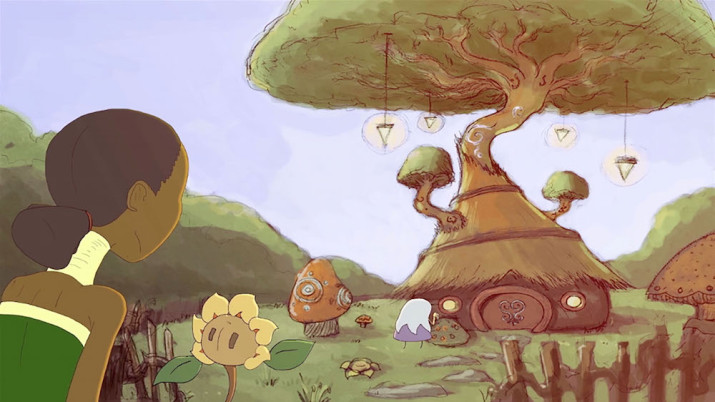 Orisha’s Journey, a short animated film by New York City-based filmmaker of Ghanaian descent, Abdul Ndadi, breaks the European normative lens through which much animated projects are viewed and produced, creating a delightfully heartwarming piece that is distinctly African.

In the film, the title character, Orisha, dismisses a fairy tale her grandfather tells her, opting instead for the real thing. She decides to embark on an adventure of her own, encountering magical creatures, battling monsters, making friends along the way, realizing that reality is sometimes stranger than fiction, and perhaps most importantly learning the interconnectedness of nature and humanity.

Beginning as a thesis project while Ndadi was at the School of Visual Arts in New York City, Orisha’s Journey has been screened at several festivals, including the 2015 Cannes Short Film Corner and the Hiroshima International Animation Festival in Japan. After making its rounds on the festival circuit, the film recently made its online debut, which you can peep below.

We caught up with Ndadi over email to talk roots, stereotypes and the lack of diversity in animation for the latest installment of Cinema Africa.

Abdul Ndadi: Thank you! Yes, you’re right we as a people throughout all of Africa and the diaspora, have been marginalized culturally, economically, socially, etc, and the same goes for film and animation. Putting some light on these issues was the motivation for my film. Because Africans have been marginalized and stereotyped for so long, I believe we’ve been faced with a serious identity crisis. “Who are we … truly? Are we what an oppressive society tells us we are, or is there something more, something deeper?” I feel these are the ultimate questions our younger generations will have to face, as society tells them in so many ways they’re not good enough, smart enough, or beautiful enough.

This mental slavery certainly carries on into adulthood; when a young black child would rather play with a toy that doesn’t look like them because it’s “ugly,” or our superheroes do not look like us, and if there is an “African” cartoon it’s an animal in the safari. What positive images can we put out there to fight this? As an artist I felt a responsibility, even in a small way, to have an image of a beautiful African girl our youth could identify with, doing cool things. The main reason my main character is female is because not only do black women deal with the problem of racism, they also have the added burden of sexism as well. 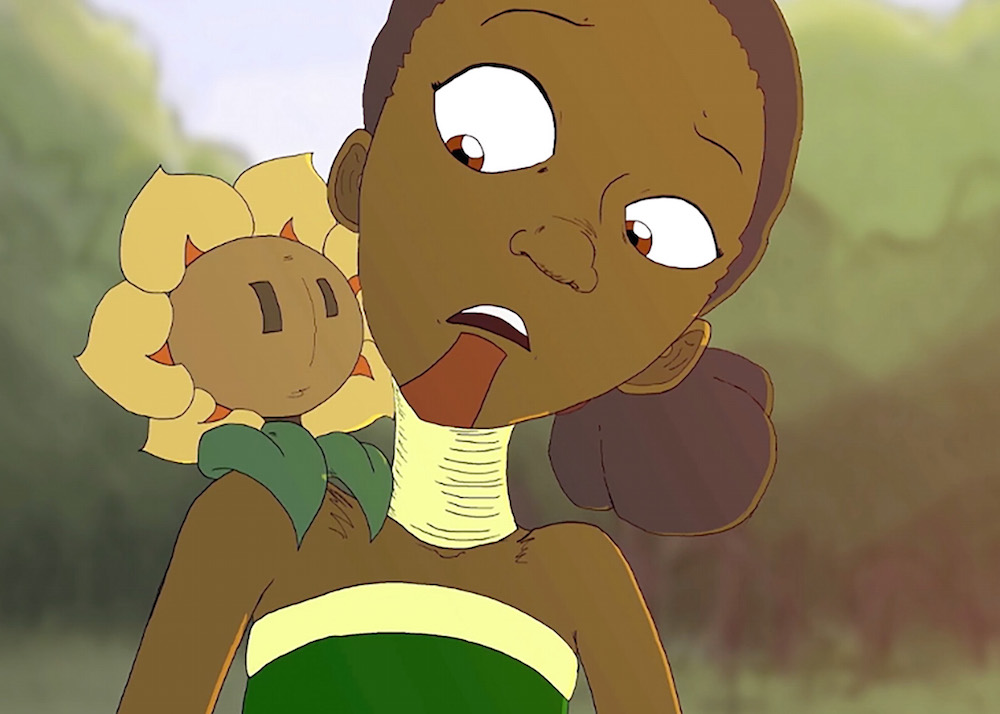 Can you touch on the inspiration for the symbols, such as Sankofa, that are used throughout the film and their meanings?

There are a few symbols from all over Africa, which I’ve placed throughout the film. As all of Africa’s children have been oppressed, I wanted my film to have a certain pan-Africanism, so they all could feel like they’re part of my film. The recurring icons in almost all of the shots are variations of the Ghanaian Sankofa symbol. It means to learn from the past and to return that which was lost. I believe you cannot completely define who you truly are, if you are not grounded by your roots. We should strive to make sure our culture and identity are not lost, not just for ourselves and our children, but in honor of all whose blood and sweat paved the way for our generation.

To take on the task for a pan-African approach, and boil it down for a children’s film, I looked into finding the main essence of African thought–spirituality. The girl’s name for example, is “Orisha,” which in Nigeria’s Yoruba belief, loosely means nature spirit or deity. From Yoruba’s thunderous Shango, to Ashanti’s tricksy Anansi the Spider, to Ancient Egypt’s life giving sun god Ra, all these belief systems taught all things, animate or inanimate, to be sacred and as alive as you and I, even something as small as a flower. I adopted the pan-African approach in every step from music–Guinea djembe drums by the great Sidiki Condé and Gambian kora and vocals by Malang Jobarteh–to character design and even the creatures, like the snake god Bida of the Ancient Ghanaian Empire which ties in with the belief of various river spirits. 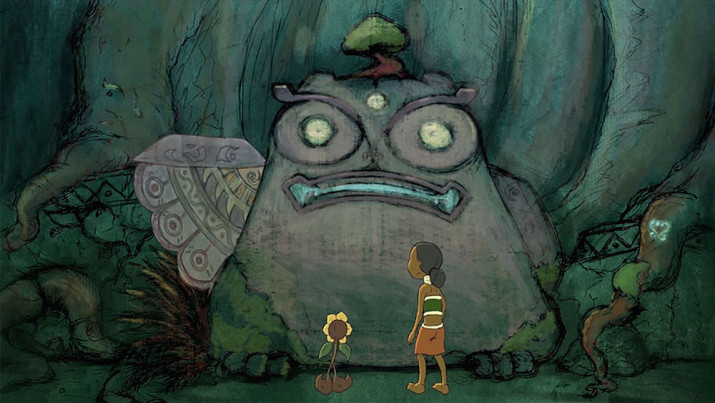 So ‘roots’ are an integral aspect of this film, can you tell me about yours?

My parents came to the States in the early 80’s amidst political upheaval and uncertainty in Ghana, and pursued their dreams of better opportunities for our family. Though, I was the first person in my family born outside of Africa, they instilled in me a strong sense of pride in my culture and never let me forget my roots. I’m so thankful for that because without one’s roots, I feel it’s easy to become like leaf blowing in the wind, with nothing to keep you grounded in who you truly are.

So another big theme is ‘returning home’ and how it relates to the African diaspora reconnecting with their roots. Why do you think that’s important for children of the diaspora?

Returning home to one’s roots and self identity is crucial for a society to advance. Like they say, “you won’t know where you’re going, if you don’t know where you came from.” This rings especially true for Africans across the globe. With our brutal collective history and the state of our current affairs–police brutality, human rights, poverty, black-on-black crime–we live in a society that teaches us that we don’t matter and our views don’t matter. How easy is it then, to harm our brothers and our sisters when you’re tricked into believing their lives don’t matter either?

We have to fight to break this cycle of delusion and destruction. And that first takes place when you know who you truly are and how beautiful our culture is! We built the pyramids, had vast empires that had wealth that rivaled all those outside of Africa, and even through the hardships of slavery, apartheid, and segregation, we rose above it and are still a beautiful and dignified people. I say we teach our youth the truth and they will carry it on and build a world where we are all truly equals in every respect. However, If we don’t learn from our past we will be destined to make the same mistakes they did, this is the ultimate message behind Sankofa.

Keep up with Abdul Ndadi on Tumblr.